March Newsletter: The Disease of Addiction 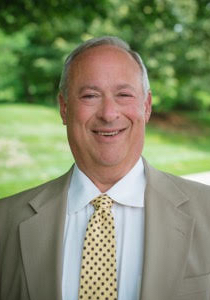 The Bergand group remains committed to implementing the highest standards in the practice of addiction medicine. One of the most useful and well supported approaches to diagnosing and treating substance dependency disorders has been the use of the disease model or disease concept as a paradigm within which these disorders may best be managed. Dr. Hunt wrote a very insightful article on this topic for our December 2016 newsletter. The following is a variation on a theme, an approach to this topic that I began teaching in 1986 and presented monthly, to the patients at Father Martin’s Ashley, for thirteen years, from 1986 through 1999.

Historically, the substance abuse disorders have been viewed as moral failings, weaknesses, evidence of poor reasoning and poor judgment, etc. The consequence is, however, that manner in which we define a problem influences our choice of potential solutions. As has been noted, when your only tool is a hammer, all problems look like nails. If this is a weakness, one must increase one’s resolve. If this is poor judgment, one could change the behaviors involved. If a moral failing, a choice to be good rather than bad, perhaps aided by clergy and religion would suffice. If defined as a disease, the approach is to find effective treatment while the entire issue of fault is thus obviated.

The analogy of a disease state for addictive disorders can be examine from four perspectives. They are: symbolism, fault, chronicity, and basic definitions.

A symbol is something that is separate from what we are actually observing, but, when in place, or by association, gives us the ability to infer accurate information regarding the object of our interest. As ID badges in a hospital, though separate from the wearer, when in place, distinguish employees from visitors. Uniforms are similar symbols- separate from the wearer, but, able to convey accurate information nevertheless. There are symbols that surround addictive disorders that allow is to infer that whatever else substance dependency disorders may be interpreted as, the disease model has as much validity as any. The symbolic evidence for the disease analogy of substance abuse disorders is as follows:

Though insufficient to establish proof, the juxtaposition of such symbols nevertheless conveys strong “circumstantial” evidenced that whatever else substance dependency disorders may be, considering them as diseases makes rational sense and affords a utilitarian approach to their resolution.

The assignation of fault in Western civilization requires two aspects, an adverse outcome and the specific intent for said outcome. As an example, a vehicular fatality may be adjudicated as anything ranging from an accident to a homicide.

In the event a law abiding driver has the terrible experience of a pedestrian darting unexpectedly in front of his car, a death results but, the matter is an accident. Truly there is intent- the driver volitionally entered the vehicle, chose the departure time, the route, etc., but, the intent is merely to get from point A to point B, not to cause harm.

In the event of a person deliberately driving his vehicle into pedestrians, as happened only a few months ago in Ohio, the matter could be adjudicated as a homicide. In this case, there is specific intent.

Though in both cases, the victim is equally dead, whether or not fault is assigned is not determined solely by outcomes, but by whether the adverse outcomes themselves were intended.

In the matter of substance dependency disorders, the adverse outcome- addiction- is never intended.

There is however, the argument that the substances themselves were willfully consumed. That, insofar as it goes is true. But, what is the intent with which this action is taken? It is apparent that the intent is to alter one’s feelings, not to get the disease of addiction, to harm self and others. And just as in the first vehicular example, unless and until the actual adverse event itself is intended, there can be no fault assigned.

The last rebuttal commonly heard in this type of discussion is the case that the addicts are thus given a “free pass.” Nothing could be further from the truth.

Each person with a substance abuse or dependency disorder is confronted by the transactional approach that, yes, he is absolved of fault for having the disease, but, he is fully encumbered by the responsibility for treating that disease.

It is the doctor’s responsibility, not the patient’s, to diagnose the disease.

It is the doctor’s responsibility, not the patient’s, to select the proper medication for the disease.

But, it is absolutely the patient’s responsibility to fill the prescription and to take the medication as directed.

In the broadest sense, diseases can be divided into two categories: those than can be cured and those that must be managed. Examples of the former are a strep throat (streptococcal pharyngitis) or a fractured arm. The condition is diagnosed. Treatment is provided. The matter is resolved. To be sure, one can have a second episode, but, this is not usually the course. So too with some cancers, such as an early colon cancer which can be surgically excised and can be considered cured. Examples of the latter type of disease would include hyperlipidemia, high blood pressure, and diabetes. These diseases can be managed. To some extent, they can be induced into remission. But, they cannot- at present- be cured or surgically extirpated. Once diagnosed, they are lifelong conditions.

Substance dependency disorders have a course that more closely resembles a chronic disease rather than an acute, self-limited disease amenable to cure. These disorders tend to place the individual so diagnosed at lifelong risk for recurrence. Many individuals who stabilize and report long term continuous, uninterrupted remission of the active substance dependency disorder will report several treatment episodes and periods of remission punctuated by relapse prior to stabilizing in a pattern of long term recovery.

There are five elements used to define a “disease.”

In summary, no one can prove or disprove that substance abuse disorders are or are not diseases. This is a matter of subjective interpretation and perspective, a matter of choice. This brief treatise is not intended to make an argument or to prove a point. Rather it serves as a template within which addictions may be interpreted and modeled as treatable diseases. There are two fundamental advantages to using the “disease model” of substance dependency disorders:

With these two complimentary approaches to the topic of “the disease of addiction,” it is hoped that the approaches used by therapists and doctors at the Bergand Group may be of value, of use to the community at large.