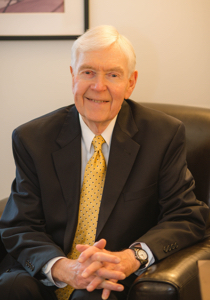 Chronic Illness
While waiting to be seen in a doctor’s office, I watched a series of TV health messages about chronic illnesses. Attractive and substantive vignettes detailed: the signs and symptoms of heart disease, cancer, stroke, diabetes and hypertension; the screenings and treatments available for them and the dangers of ignoring early warning signs.

I was disappointed and wondered why substance use disorders were not included. A quick on-line check showed the national Center for Disease Control and Prevention listed the above diseases plus obesity and arthritis [as among] ”the most common, costly and preventable of all health problems.” I learned ”seven of the top 10 causes of death in 2010 were chronic diseases [and] two these –heart disease and cancer– together accounted for nearly 48% of all deaths.” But while “drinking too much alcohol” was listed among the four health risk behaviors “you can change”, substance use disorders (SUDs) were not listed as separate chronic diseases. I wondered why.

Substance Use Disorders – Similarities & Differences to Other Chronic Illnesses.
Substance abuse treatment professionals have held that SUDs are similar to other chronic illnesses. They often possess a genetic substrate and exhibit a downward progression if left untreated, with death often the result. The illness returns, often in more virulent forms and often despite treatment. There are major organ systems involved and negative physiological changes occur in the mid to late stages of the illness.

Chronic diseases manifest themselves in varied ways. Some are symptomless until late, near fatal outcomes (e.g. myocardial infarction; prostate cancer.) Some develop over long periods of time with symptoms that are denied or ignored (e.g. obesity.) The National Institute for Alcohol Abuse and Alcoholism (NIAAA) says that approximately 88,000 people in the USA die from alcohol related causes each year and lists it as the third leading cause of preventable death in the USA. If the approximate 47,000 deaths from drug overdoses are added in, we reach a figure which rivals many of the listed chronic diseases. Yet substance use disorders do not appear. What’s going on?

The Issue of Choice
One major difference between chronic illnesses is the issue of choice. In the case of obesity and SUDs, the perception is that an individual has some responsibility for the development of the illness. That he or she made choices that helped create their problem. Humans and animals are neurologically set up to pursue pleasure and avoid pain. Alcohol, drugs use and eating food are pleasurable experiences for humans and many animals. Physiological control mechanisms are in place for most of us that tell us when we’ve “had enough.” This is true for many pleasure-giving foods and even alcohol. The brain sends signals that it’s time to quit.

However, some individuals are apparently vulnerable to continue using the substance, creating neurological experiences where their brain is taken over or “hijacked” by the substance which then demands it. The signals to stop are over-ridden by the brain’s demands and the individual’s ability to choose (e.g. to stop) is impaired or vanishes completely.

Shame: The Enemy of Self-Esteem
Individuals may not be aware of this change in their brain. They may recognize unpleasant, unwanted and even dangerous results of their use and make efforts at control. However, in many cases, these efforts fail. This can create great inner turmoil for the addicted person. When he or she sees that others can control a behavior (e.g. drinking alcohol, eating/drinking sugar-laden foods and beverages) and they cannot, their internal message is often, “There is something wrong with me. I am defective in some way.” This is the message of shame and it is destructive to a person’s self-esteem.

Society has its own problems with pleasurable experiences. For as long as we have been organizing into groups, we have placed rules about the use of pleasure-giving experiences like sex and food. Laws, cultural mandates, religious prescription and prohibitions have sought, and continue to require, the use of these powerful experiences in specified and often limited ways.

Societies have established punishments—sometimes quite severe for those who violate its mandates. Shame –the message of being defective—is one way the social order seeks to insure its rules are followed.

The absence of individual culpability for having: diabetes, heart disease, stroke and cancer is evident. However, people who have been diagnosed with these chronic illnesses are expected to “take care of themselves” to reduce the possibility of return. Criticism, blame and shame follow when they don’t.

Substance Use Disorders: A Failure of Willpower?
Our overall culture has not accepted the idea that SUDs are chronic diseases. In an August, 2015 on-line review of the research literature on “Stigma and Substance Use Disorders,” Jennifer Merrill and Peter Montis found “influences of stigma experiences at the level of the [general] public, and policies of private and governmental institutions.” Surveys show “the public holds negative views toward those with SUDs…with those with drug dependence being more stigmatized than those with alcohol use disorders.” And many who have these disorders are in “personal agreement” with the stereotypes about them held by the general public.

Survey research indicates people tend to blame problem drug users, holding them responsible for their condition to a greater extent than those suffering from major mental illnesses. In spite of DSM Vs classifications, alcohol use and other drug abuse disorders are not viewed as a result of psychological forces [or neurological changes.] Rather they are seen as a result of an individual’s own behavior and choices.

What To Do.
These findings have implications for the persons we treat and for the efforts we make to change public and professionals attitudes toward substance use disorders. The patients who come to us share in this stigmatization of SUDs. Their resistance to our diagnoses and suggestions for treatment may be as much a fear of being judged a moral failure by themselves and others as it is a denial of what we perceive as an illness. Telling patients it’s a chronic illness like diabetes may not allay their fears.

Perhaps a more useful tact would be to acknowledge that the general public stigmatizes substance use disorders. As substance use professionals, we believe it is a chronic illness where the individual is not responsible for having the illness, but is responsible for doing something about it, once it is diagnosed. And what you do or don’t do about a life problem may be more important than its etiology and what it is called.

Our Own Attitudes, Language & Behaviors.
Next, we can lower the stigma and shame associated with substance use disorders by examining our own attitudes and language. How do we feel and what language do we use with those who resist our suggestions for treatment or who return to use? Do we call people “drug addicts” and “alcoholics” rather than” a person who has a drug use disorder?” Is there a difference in our attitudes and language with those who are compliant and do well, as opposed to those who “go back out?”

Even given our education and training, it would be naïve to believe we are completely immune from the stigmatized attitudes and beliefs held by the public. Awareness that we have such views and not blaming ourselves for them is a first step in changing them.

Changing Social Views – A Big, Slow Job.
Is there an element of choice involved in the development of this disorder? Probably, yes for some and no for others. Do some people, regardless of where their use begins, reach a point of powerlessness and are unable to stop. Again, yes for some and no for others. However, as noted above, it is less important to argue about who is “right” in their views about SUDs than it is to put into place mechanisms for identifying and treating those who have this condition. Considering it a chronic illness, lessens or eliminates the stigma for the patient and opens the door for effective treatment.

What can be done beyond the efforts of the clinician and the patient to change the perceptions of the general public and health professionals about ways to view and treat substance use disorders? First, providing education at all levels of professional training, especially for those involved in health care delivery. And getting information to the general public about what is currently known about SUDs. All forms of social media, including those waiting-room TV health programs, are useful here.

We have seen changes in attitudes and behaviors toward several major health problems in the last several decades. Views toward HIV and the use of tobacco are examples. These changes began with education based on what we know about the issue and consistent and vigorous campaigns to get the facts in front of the general public. This work has begun with substance use disorders. It needs to continue in as strong a way as possible. Each of us can play a part. Future Bergand Group Newsletters will deal with issues of screening and early detection for substance use disorders.