The Bergand Group – Helping our clients recover, grow and achieve a level of personal development and comfort. 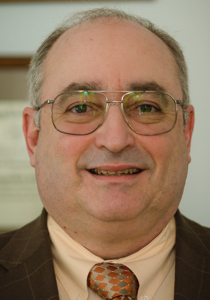 Dr. Paul F. Giannandrea was a Phi Beta Kappa graduate from Johns Hopkins University in 1975 with a BA in Natural Sciences and an AOA honors graduate in 1979 from the University of Maryland School of Medicine. He completed a flexible internship at Bethesda Naval Hospital in 1980 and a psychiatry residency at Bethesda Naval Hospital in 1983, after his chief residency year. Dr. Giannandrea had additional training in Child and Adolescent Psychotherapy from the Washington School of Psychiatry, completing their 2 year program in 1983.

He then served in the U.S. Navy until 1987. I was stationed for 4 years with the Submarine Force in New London, Connecticut where he trained navy corpsmen in behavioral health and served as chairman of the Bioethics Review Committee, a multidisciplinary group that in 1985 was one of the first developed by any hospital in the country, large or small. Dr. Giannandrea screened Submarine School candidates for fitness from submarine duty and worked closely with the submarine commands in consultation for their behavioral health questions. He received two Navy Commendation Medals for his work; one from both the line command and the clinical hospital command. Dr. Giannandrea was honorably discharged in 1987.

After working in a private multidisciplinary group practice from 1987-1991, he returned to the University of Maryland School of Medicine as an Assistant Professor of Psychiatry. He became a clinical faculty member of the military medical school (USUHS) in 1990 as well. While at the University of Maryland, Dr. Giannandrea directed the Drug Dependency Program at the VA Medical Center from 1992-4. He directed and integrated both the drug free and methadone maintenance components.

In 1994 he left the VA Medical Center and directed the University of Maryland Medical Center’s Outpatient clinic – which became a major center for training psychiatry residents and was the base for the outpatient chief resident. Dr. Giannandrea transitioned the clinic into a functioning multidisciplinary group practice model serving the needs of the surrounding West Baltimore community.

After 11 years of training psychiatry residents in this clinic, he left to become the medical director of Pathways Treatment Center in Annapolis, a residential treatment program for adolescents and adults with chemical dependence. When he started as medical director, like other 12 step oriented residential programs, it struggled to financially survive the managed care era. He helped develop a multilevel of care system to smoothly transition patients from higher to lower levels of care flexibly and based on a comprehensive treatment plan that worked well with managed care case managers to affect not only quality care but also efficient and a financially favorable outcome. Dr. Giannandrea developed an Intensive outpatient program for adults the incorporated a well received “Health and Recovery “program that served to take a proactive and health oriented approach to recovery from chemical dependence. In 2007, Pathways became a center for training Walter Reed Army Medical Center child psychiatry residents in adolescent addiction treatment.

Back at the University, Dr. Giannandrea became the first medical director of the practice association in 1996 and over the next 10 years developed a psychiatric group practice to serve the Baltimore campus. It became the primary referral source in conjunction with the development of an independent practice of therapists (MGFP) to support the hospital’s EAP and behavioral health plans and later the EAP for the Maryland State employees on campus. Through this practice network, the department of psychiatry was repeatedly able to successfully compete with managed care organization for the behavioral health and EAP contracts with UMMC.

Dr. Giannandrea retired from University of Maryland in 2010 to continue his interests in the treatment of individuals recovering from chemical and non-chemical addictions. As part of this effort, he developed an outpatient group program in “Health and Recovery” to help supplement patient’s current treatment interventions for their addictions.